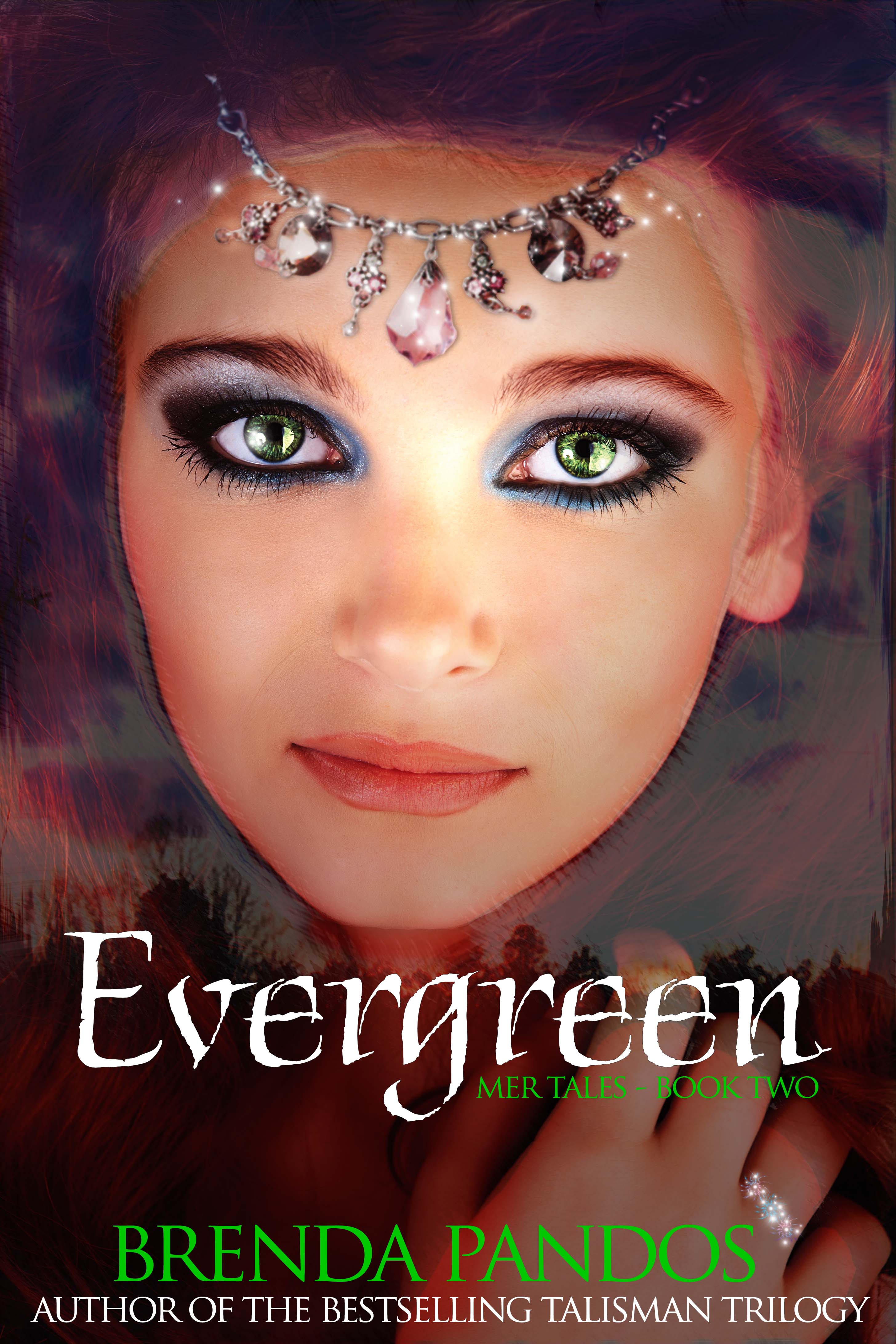 A kingdom on the brink of war.
A king on the fringes of insanity.
A family running for their lives.

Ash and Fin’s only desire is to be together and dive into their happily ever after, though their conflicting worlds work to pull them apart. Neither is ready to convert to the other’s life: become a human or a mer. Little do they know that somewhere in Natatoria a secret holds the fine fabric of everyone’s lives together. If the truth is discovered, Ash and Fin will no longer have the luxury of waiting. They’ll be forced to choose. But will it be for loyalty or love? Or will someone else make the choice for them if they can’t decide?

Enter the watery world of treachery, greed, and the binding mer kiss as the story continues with Evergreen, book two of Mer Tales.

*May contain spoilers if you haven’t read the first book*

It’s the day after Finn left. Ash clutches Finn’s letter against her chest. The last letter he wrote before his departure. The letter in which he tells her how hard it is for him to leave her. How he can’t wait to reunite with her. Ash is struggling too, knowing that her feelings are only reinforced by The Promise, but still, it hurts being away. It’s hard counting the days till she can see him once again, before she can hold him in her arms again…

It would help if she was left alone to yearn for Fin’s phone calls and dream about him. But no such luck. Instead her friend suddenly announces that she’s accepted to FUA. Ash’s university of choice, so she can be near Fin. To make matters worse his cousin Colin also turns up for a visit. He’s already put her mom under a trance with is singing and he’s pushing her to go out with him! Over her dead body! But how can she resist him without letting him know she’s immune to his singing and already Promised? And what if the merman discover that the one she’s promised to is Finn? Ash doesn’t even want to think about it…

It took some time before this book fully set off. Although little things happen, the focus is on Ash’s and Fin’s phone calls. I wished things were a bit more spiced up, since the first book ended with a big bang. Oh well, it wasn’t exactly a bother to read about one of the cutest couples in bookland. It really felt nice to see how they took care of each other and tried to make the other one feel better about their separation ^^ I loved it! They are just too cute for words ^^

Once we reached the middle, the story jumped forward. I got caught in a rapid that took me along till it unfortunately ended in a big waterfall. There was suddenly so much “noise and water” that I had a hard time staying afloat. Everything happened in the blink of an eye, I just wasn’t able to follow through! And I was a bit disappointed. This great story ends with this? Despite the surprising revelations and unexpected developments, it wasn’t the superb ending I expected…

The singing ability of merman is used a lot in this book, sometimes too much. I know that this is a useful tool, but it takes the suspense away if you know that everything will be alright as soon as a merman starts to sing. It became too predictable…

3 HEARTS. It took a while before the real story started. Till then you’re entertained by the antics of the cutest couple ever ^^ But be aware, once it has set his teeth in you, it will not let you go till the end. The end, where things felt a bit too rushed too me. Therefore 3 instead of the 4 I initially planned to give. Even the interesting developments at the end couldn’t make me give this a higher rating. Though 3 hearts isn’t a bid thing, right? 😉

Do you agree with my opinion, or not? Would you read this book?
Feel free to leave a comment ^^

I'm a student, avid reader and love to read books with shifters in it ;) View all posts by Witchmag

What do you think? Cancel reply